This article was originally published in, and has been reprinted with permission from, Retirement Daily.

The Home Equity Conversion Mortgage, or HECM (pronounced “Heckum”), as it is commonly known, is the most popular reverse mortgage program. It has the potential to be an important source of retirement income when used prudently, as evidenced by the following facts: 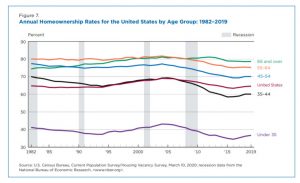 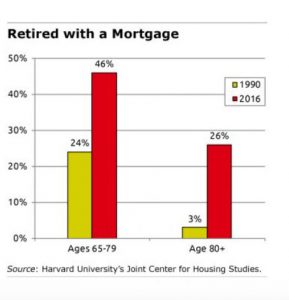 Before explaining how today’s reverse mortgage program is different from the one that was created in 1988, it’s important to review some basics. The first and foremost point to keep in mind: a reverse mortgage is a mortgage. A reverse mortgage is a type of secured loan that’s used to buy or finance a home. Just like a traditional mortgage, borrowers must keep basic homeowner’s insurance in force and pay all property-related taxes.

There are important differences that distinguish a reverse mortgage from a traditional “forward” mortgage or line of credit, that are driven by its purpose of making funds available for retirement. For starters, at least one spouse must be age 62 or older. The other spouse needs to only be age 18 or older. The FHA requires that all HECM borrowers obtain independent third-party HECM housing counseling before signing a loan application or incurring any fees.

A HECM must be a first mortgage. If you have a balance on an existing mortgage or home equity loan, it must be paid off before settlement. Alternatively, HECM proceeds can be used to pay off mortgage and home equity balances before using the funds for any other purpose.

The amount of money a borrower is eligible for is based on three factors: (1) age of the youngest borrower, (2) value of the property, which is capped at a maximum claim amount, currently $765,600, and (3) the interest rate associated with the selected program. Assuming an interest rate of 3%, the borrowing amount for a variable-rate HECM ranges from 25% (age 18) to 75% (age 95+) of the maximum claim amount. Jumbo reverse mortgages, also known as proprietary reverse mortgages, are also available for owners of higher value homes.

There are five ways to receive funds from a HECM: lump sum, line of credit, tenure payments for as long as the borrower lives in the home as a primary residence, term payments for a fixed number of years, and a hybrid combination of a lump sum and monthly payments. It’s important to note that a HECM line of credit, unlike a traditional home equity line of credit, or HELOC, cannot be frozen, cancelled or reduced.

No payments are required on a HECM during the life of the loan. The unused line of credit balance grows at the same interest rate on the loan balance. Interest accrues on the outstanding balance, generally at a variable rate, although fixed rate HECMs are also available. Variable rates are capped at either 5% or 10% depending upon the LIBOR index that’s used to determine the rate. A mortgage insurance premium of 0.5% also accrues each year.

A HECM generally does not need to be repaid until the last surviving homeowner either passes away or permanently moves from the property. It cannot be assumed by the non-borrowing resident upon the borrower’s death or change of primary residence. The HECM becomes due and payable if the borrowing homeowner predeceases the non-borrowing resident or otherwise no longer occupies the property as their primary residence, including moving into a nursing home or assisted living facility for more than 12 consecutive months.

A HECM is an FHA insured non-recourse loan. This limits the amount of repayment to the net proceeds from the sale of the home even if the balance of the mortgage exceeds that amount. The difference is covered by FHA mortgage insurance.

There are three types of HECM closing costs, most of which are financed as part of the loan. The three types of costs and potential amounts of each before possible lender credits are as follows:

The Reverse Mortgage Industry Has Matured

Like a child, reverse mortgages, including the HECM program, went through a lot of growing pains during their first 25 years. Legislation was enacted and implemented between 2013 and 2017 to strengthen the FHA Mutual Mortgage Insurance Fund (MMIF) and protect the viability of the reverse mortgage program.

The goal of the various changes has been to ensure that reverse mortgages are used responsibly as part of an ongoing retirement income planning strategy versus a one-time “Hail Mary” raid on cash. Four of the key changes are as follows:

Reverse Mortgages No Longer a Program of Last Resort

Prior to the foregoing changes, the HECM program was viewed by many as a program of last resort. This was the official position of the Financial Industry Regulatory Authority (FINRA) before 2014 when it was eliminated in response to research published in the Journal of Financial Planning in February, 2012 by Barry Sacks, Ph.D. and Stephen Sacks, Ph.D.

When used as intended, a HECM can be a powerful retirement income planning tool in the right situation. Although it sounds counterintuitive, it can potentially increase retirement spending and provide for a larger legacy. Research by Dr. Wade Pfau, author of Reverse Mortgages: How to Use Reverse Mortgages to Secure Your Retirement, has shown that this can be accomplished by applying for a HECM earlier and using the HECM line of credit strategically throughout retirement.

Most individuals who aren’t familiar with how you can optimize a HECM to increase spending and provide for a larger legacy tend to apply for one toward the end of retirement after investment funds have been exhausted. Studies by Dr. Pfau and others have shown that this generally isn’t likely to create the best retirement success outcomes. While it will provide funds for increased spending, the total funds made available by the HECM credit line will generally be significantly less than would be the case when applying early and probably won’t result in a larger legacy.

Reverse Mortgages – Worth a Conversation

Although the reverse mortgage program has come a long way, it isn’t for everybody. Like all financial products, the projected benefits need to exceed the costs. While it can provide for a larger legacy, a HECM will reduce home equity left to heirs to the extent that there’s a mortgage balance remaining on a residence that’s greater than it would otherwise be in the absence of the reverse mortgage.

Other potential downsides of HECMs cited in the Certificate in Housing Wealth Applications program that I recently completed include the following:

To paraphrase Don Graves, RICP, CLTC, CSA Certified Senior Advisor with the HECM Advisors Group, “Reverse mortgages are not the conclusion, however, monetizing housing wealth needs to be part of the retirement income planning conversation.”